In the anime, her partner is Yume.

Her voice actress is Aki Toyosaki.

Mew is a fluffy, lilac kitten plush with a long tail and white paws. She has furry cheeks and pointy ears. She wears a white collar with a pink bow, as well as a plaid pink bow on her head (purple in early official Sanrio art). Like the other main kittens, she has a yellow star in her left ear, and pink star-shaped paw pads.

Mew is sweet, sleepy, and loves napping. She also likes drinking hot milk, talking about secrets, strolling through gardens and studying dream divination. She is good at finding sparkling things. She is afraid of dogs. She ends her sentences with "~mya".

Q-chan: Mew is afraid of dogs, so she kept away from Q-chan; however, Q-chan actually wants to become friends with her. After the events in Episode 9, they finally get closer though Mew is still afraid of dogs but Q-chan is an exception.

Mew is a light violet stuffed kitten created in a world from the sky by doll-making fairies. One day, she fell from the sky and was picked up by a human girl. The girl hugged and spoke with Mew every day. Hoping to express her gratitude to the girl, Mew made a wish to the moon. After the moonlight made Mew's star pattern in her ear shine, she began to be able to speak. Since then, Mew and the girl chat every day. They can have the same dream when they sleep together, while playing and exchanging secrets in the dream.

Mew mysteriously fell from the sky and into the arms of her human partner, Yume. Mew has the power of Dream Synchro, which is the ability to enter dreams. Together with Yume, she is collecting Dreamy Stones from the dream world to help Yume's wish come true. 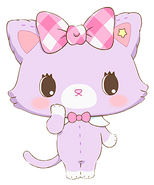 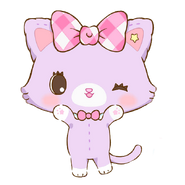 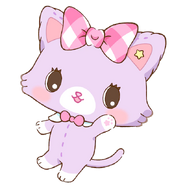 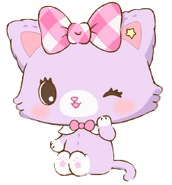 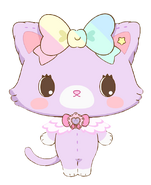 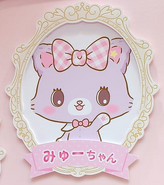 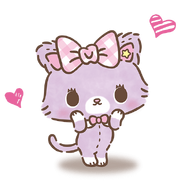 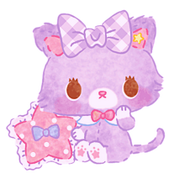 Mew 3
Add a photo to this gallery 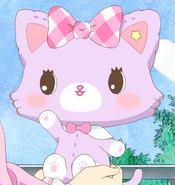 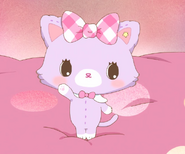 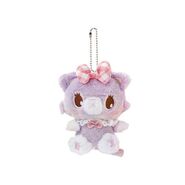